Companies can reap several benefits from offering a nonqualified deferred compensation arrangement to employees. Such plans can help employers attract talent because if requirements are met, payroll tax obligations generally are postponed to a future date.

However, as a recent U.S. Tax Court case illustrates, deferral of taxes doesn’t mean the elimination of taxes. As a contractor who participated in a company’s deferred comp plan learned, the time comes when you have to pay the piper.

Typically, employers provide nonqualified deferred compensation arrangements to a select group of employees to help supplement their retirement benefits from a qualified plan. With a nonqualified plan, the employee defers compensation, which is then invested and allowed to grow without tax erosion, until a specified future date — usually at retirement. 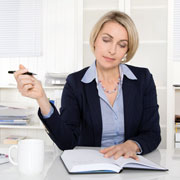 But this is key: The plan must be “unfunded.” No money can be separately set aside for the employee’s benefit, nor can the employee own part of the account. Instead, the employee relies on the employer’s promise that it will make good on payments in retirement. Thus, employees run the risk that company funds could be siphoned away by creditors before they ever get paid.

Under a special timing rule for nonqualified deferred comp, the amount that’s deferred must be treated as wages for payroll tax purposes, at the later of two dates:

2.     When there’s no longer a substantial risk of forfeiture of rights to the amount.

Tax law further provides that benefits subject to this timing rule are taxed at their present value based on certain actuarial projections.

Under the FSP, the taxpayer’s relationship with the company — as well as payments for sales or commissions — was set to terminate at age 65. At that time, she (or her estate, if deceased) was eligible to receive FSP payments for 15 years based on her highest average sales activities.

In 2006, the taxpayer began receiving FSP payments based on 60% of her final average of commissions. These payments didn’t represent income that had previously been reported as gross income or income that had been subject to self-employment tax. It was the employer’s long-standing position that FSP payments were subject to self-employment tax when paid to a retired national sales director.

In Dunlop, the Tax Court ruled that the FSP payments were payments from a nonqualified deferred compensation plan subject to self-employment tax under prevailing regulations. Significantly, the court pointed out that gross income derived from a business by an individual includes gross income accrued in the tax year, even if the income is derived from services that were rendered in a prior tax year. It doesn’t matter whether the individual was subject to self-employment tax.

In support of her position that her former employer’s FSP plan isn’t a deferred compensation plan, the taxpayer cited other regulations. However, those regulations apply only to employees and the taxpayer was considered an independent contractor.

The court also decided that the annual FSP payments were related to the taxpayer’s prior earnings. Those earnings were based on the “quantity and quality of her labor” for those payments. Finally, the payments weren’t previously reported as income or subjected to self-employment tax. Thus, they’re treated as being paid contemporaneously even though they were earned in prior years.

Exercise CautionA nonqualified deferred compensation arrangement can be a powerful incentive for employees or, as in Dunlap, independent contractors. But before your company decides to offer one, obtain professional tax advice to ensure that you and your participants understand the rules.